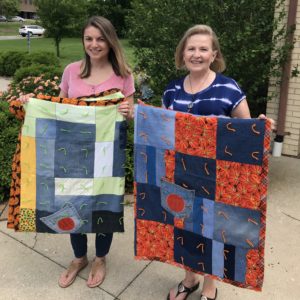 May 24th was an exciting day at Angels’ Arms! 💙

Our friend Julie Treloar paid us a visit to drop off special gifts for two new youth in our homes, including the 2,000th quilt made by DenimQuilts.

These one-of-a-kind blankets provide so much warmth and comfort to the children in our homes. Over the last 10 years, each child that has set foot in an Angels’ Arms home has received one.

Thank you to Julie Treloar, Sally Safranski and all the DenimQuilts volunteers for giving our kids something of their very own to treasure forever.

⬇️In honor of their 10th Anniversary, below at TEN FUN FACTS about DenimQuilts:
1. DenimQuilts recycles and repurposes old jeans, blankets, and other fabrics to make their custom made quilts.
2. Denim Quilts was founded by friends Sally Safranski and Julie Treloar in 2009.
3. The first ever made quilt was donated to an Angels’ Arms child.
4. The 1,000th quilt was also donated to an Angels’ Arms child in 2016.
5. More than 40 volunteers collect, sort and cut the fabric and help assemble the quilts.
6. Four yards of fabric are needed for each quilt
7. It takes about 25 to 40 hours to make each quilt
8. Each quilt is adorned with a jean pocket, personalized with the recipients’ names, favorite sports, characters, hobbies, and interests.
9. DenimQuilts has supported over 40 organizations through donated quilts.
10. Denim Quilts has donated over 250 quilts to Angels’ Arms kids.

To learn more about this amazing group, check out their facebook page!

Mentors needed, can you help?

Youth in need of a mentor:

Male youth (17) – wants to learn how to play and build skills in basketball, enjoys relaxing, likes outdoor activities and exercise

UPDATE: 5/13/2019 – 4:15PM
Congratulations to Jenna Sparks for winning the Game 3 Blues VS Sharks tickets. Thank you to everyone who participated in the raffle, helping us raise $5,000 in support of our foster families. Special shout-out the Jen and Rodney Wallner for donating their tickets and making the raffle possible.

Support Angels’ Arms this National Foster Care Awareness Month by entering for a chance to experience the magic of playoff hockey in GLASS SEATS at Game #3 of the Western Conference Finals between the St. Louis Blues and San Jose Sharks on Wednesday, May 15 at 7 pm.

Prize includes TWO all-inclusive GLASS SEAT tickets to the Scott Credit Union Rinkside Club, section 109G, Row A, Seats 8&9. Hang out with fellow Blues fans in this comfortable and relaxed environment during pregame, intermission, and after the final horn and enjoy all-inclusive food and beverage including chef-attended action stations.

Winner will be selected on 5/13/19 at 4PM CST via Angels’ Arms Facebook LIVE @angelsarmsstl and contacted shortly after by Angels’ Arms staff.

Share your passion for helping children in foster care by asking your friends and family for donations instead of gifts this year and start a fundraiser! The best part of all, 100% of all donations you collect will go to Angels’ Arms…facebook does not charge us any processing fees.

The first company to adopt an Angels’ Arms foster home was is Huck’s Convenience Stores. Huck’s House support the Hopper Family in O’Fallon, MO through generous monthly donations and throughout the holiday season.

Shopping for a new car can be a daunting task. For Angels’ Arms team members Bess Wilfong and Jasmina Schue, it was a very fun experience, all thanks to our friends at the Dean Team.

In 2013, we purchased our very first Angels’ Arms van, a used (and very well loved) 2005 Ford Limited Freestar. We bought it from a long-time supporter for a very humble price and for six years, it was our go-to form of transportation for picking up donations such as furniture for our homes, cereal, paper products and food collected by local schools, churches, and organizations. Every holiday season, we picked up hundreds of gifts from Secret Santas in our community and every spring we packed the van with mulch and plants for volunteer groups who donated their time sprucing up the yards at our homes. It also came in handy when delivering event supplies to dozens of fundraisers over the years. After clocking 100K+ miles and many bumps and scratches along the way, it was time to find a more reliable vehicle for our organization and we knew exactly who to turn to.

The Dean Team has been helping our foster youth purchase their new (used) cars for some time now. Four young adults in our Life Launch program have worked with Wes Gallegos at Dean Team to find the perfect car within their budget. Wes helped guide each youth through what can typically be a very nerve-wracking process, especially when many of them did not have family members to lean on for support.

“It was my pleasure to serve the youth of Angels’ Arms and help them find safe and reliable vehicles to drive.”

“Pat Dean has been supporting Angels’ Arms for several years in other capacities, and now he’s making sure our older youth have the opportunity to purchase a vehicle as part of their path to independence.  We know our youth are in good hands with the Dean Team.” 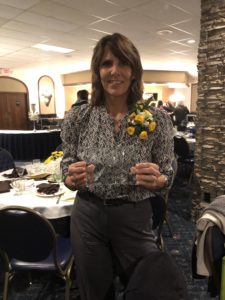 Angels’ Arms foster parent, Barb Bocklage, was recently honored as a 2019 Lindbergh Leader. The award recognizes individuals who provide leadership and service to Lindbergh Schools and the community. This award is an honor for individuals who continue to give back, making the community a better place to live.

“Barb has gone above and beyond, providing love, caring and nurturing to youth in need. She is one of the most upbeat, positive, caring individuals I know. I have never seen her without a smile on her face or giving words of enouragement to all those around her.” Mary Meyer, Angels’ Arms Board Member

The Lindbergh Leader Award is Lindbergh Schools’ highest honor in recognition of volunteerism, leadership, and service. The honor has been awarded to 369 individuals since 1985. 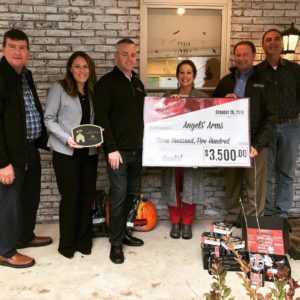 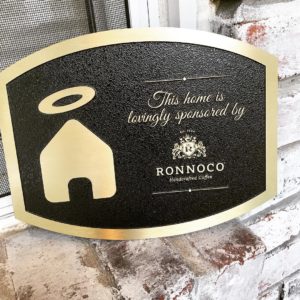 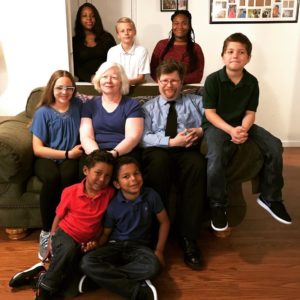 We’re so excited to finally announce our new partnership with Ronnoco Coffee Company. They’ve adopted the Angels’ Arms house in Ballwin and will provide ongoing support to the family including everything from birthday parties to home maintenance, holiday adoptions and more. We’re so grateful to Ronnoco for their commitment to our children. 💗 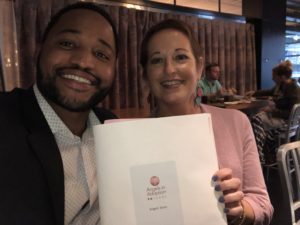 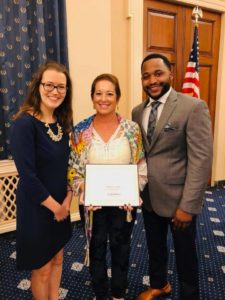 Send a Care Package to a College Youth

We’re happy to announce that we have eight Life Launch youth who are enrolled at a local college or trade school and begin classes in mid-August. To help them start the school year on the right foot, we would like to make sure each youth gets a care package filled with the essentials.

Here are some care package ideas:

Below is a short bio about each college youth in our homes: